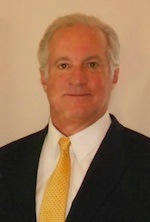 In 2010, Tim Domek retired in the grade of Colonel (O-6) from the United States Air Force after nearly 23 years of distinguished service to the United States of America. For the majority of that time Mr. Domek worked extensively with the Uniform Code of Military Justice (UCMJ) as a both a prosecutor and Area Defense Counsel (ADC), Staff Judge Advocate (SJA), Chief, Circuit Defense Counsel (CCDC) and Numbered Air Force Staff Judge Advocate (NAF/SJA).

Mr. Domek began his career at Mather AFB in Rancho Cordova, California and prosecuted 22 courts-martial his first year on active duty. Other noteworthy assignments include his 2 ½ year tenure as the Area Defense Counsel (ADC) at Malmstrom AFB in Great Falls Montana where he defended many, many clients charged with UCMJ offenses as varied as larceny to child sexual offenses . It was in this position that Mr. Domek experienced first - hand the inequities and injustices that can sometimes occur in military law and the shortcomings of military representation. In 2005 Mr. Domek was assigned as the Chief, Circuit Defense Counsel for the Air Force Central Circuit, and the largest judicial circuit in the Air Force with 23 bases in the geographic center of the Continental United States. In this role then Lt Col Domek supervised all defense work of over 35 ADCs, Circuit Defense Counsels and reserve Circuit Defense Counsels. Seeing such a large number of disciplinary actions over many different Air Force commands gave him a keen insight into the motivations and constraints felt by commanders taking disciplinary actions.

Mr. Domek’s career culminated in 2008 when he was assigned as the Staff Judge Advocate for Headquarters, 20th Air Force in Cheyenne, Wyoming. As a Numbered Air Force Staff Judge Advocate Col Domek’s primary duty was to advise the General Courts-Martial Convening Authority (GCMCA) a Major General, at all stages of the military justice process with special emphasis on courts-martial. Again, working with the UCMJ and courts-martial process with general officers at the Air Force’s highest courts-martial level provided Mr. Domek invaluable and rare insights critical to his current career as a civilian attorney specializing in military matters.

Mr. Domek’s one and only goal is to ensure the military justice and disciplinary process is fairly and rationally applied and to use every tool at his disposal to overturn any wrong or injustice that sometimes results in such a dynamic and ever changing system run by commanders who sometimes succumb to the pressures of their unique position.

Attorney Tim Domek possesses an unequaled depth and breadth of experience gained from many years of working actively with the UCMJ as a prosecutor and defense counsel, supervising the work of other defense lawyers as a Circuit Defense Counsel, and advising commanders and general officers as a Staff Judge Advocate during all phases of the UCMJ process. This experience has resulted in superior judgment, which cannot be gained other than by long experience. There is no substitute for the judgment of a colonel who has advised many commanders and appreciates the reasons and yes the pressures that sometimes force them to take certain actions. Determination and persistence are other hallmarks of Mr. Domek’s approach to all legal work he undertakes. There can be no substitute for diligent hard work coupled with vast experience and superior judgment. Mr. Domek brings these qualities to every case he handles regardless of the issue or apparent severity. There is no small or inconsequential case to Mr. Domek.